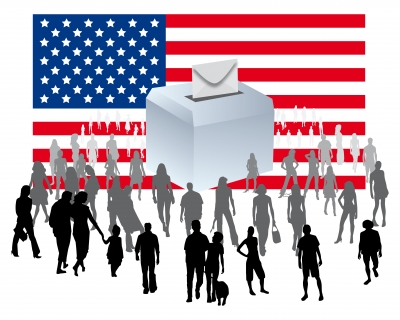 Polls, elections, debates – ‘tis the political season. Having long-time experience in both the nonprofit and political arenas I’ve been giving thought to what the two verticals can learn from each other. Recently, I penned a blog that appeared in The Huffington Post entitled “What Political Campaigns can Learn from Nonprofits.” In this article I want to switch focus and discuss what nonprofits can learn from political campaigns.

Presidential campaigns are billion-dollar operations. They possess the nimbleness and creative bandwidth to respond – in real time – to newsworthy events and raise record amounts of cash using a diverse array of channels and media. Of course, just like nonprofits, a campaign’s fundraising machine is simply a means to an end: victory on Election Day vs. curing cancer or saving spotted leopards. A campaign’s #1 focus is to mobilize people to the polls. So how do they do it in such a short time period with a fleeting infrastructure? And more importantly, what can nonprofits learn from them?

1) Focus on digital efforts. In recent years, political campaigns have put laser focus on their digital efforts, leveraging targeting, content marketing, and online and mobile payments to increase donor conversions. Candidates have quickly embraced digital marketing while nonprofits have been slower to adjust to the way people are consuming media. Political campaigns were some of the first groups to put up brochure-ware websites which have now transformed into engaging and interactive information centers. Nonprofits should take notice of how these websites engage. They’re sticky, interactive, and have multiple calls to action. They encourage repeat visitation with changing information and are mobile responsive.

2) Capture Data. Because the election cycle is a short 12-18 months, campaigns are aggressive in how and when they capture potential donor information. Whether at a rally, through a first time web visit, or that knock on the door, campaigns are constantly trying to acquire personal information so they can continue the conversation (and ultimately get a prospect to the polls). In contrast, nonprofits are sometimes shy or passive about asking for such information; they too should take every opportunity to capture donor/visitor information.

3) Break down silos. Most campaign operations are small, lean, and mean. Aside from a few key positions, they’re usually staffed with volunteers or underpaid twenty-somethings. Campaign headquarters are tight (often large single rooms) where communication flows freely. Staff members have to wear multiple hats (think cross training). There’s little room for turf wars. It’s common for senior campaign leadership to spend time knocking on doors, putting up signs, and making voter-turnout phone calls themselves. No one on the campaign is at liberty to say “I don’t do fundraising,” or “I don’t do events.” Everyone is expected to collaborate, pitch-in wherever needed, and switch hats in a moment’s notice. This isn’t quite the case with a typical nonprofit. They often adhere to rigid silos, creating internal barriers that prevent information from flowing where it’s needed. This leads to redundant, duplicative work, uninformed decisions, and – in many cases – two departments pursuing goals at odds with each other. Nonprofits should remove the silos. This will lead to more collaboration and better results.

4) Microtargeting. I started in the political world when political directors had a scattershot approach to finding individuals to turn out the vote. Over time they recognized that not all Republicans or Democrats are created equal, even though they might live right next door to each other. It’s a cliché but every individual is unique with different motivations and trigger points. As more data became available, the parties broke people out into large demographic groups (think “Soccer Moms” and “NASCAR Dads”). Today, they’ve drilled down to the individual and can target voters with personalized phone calls, digitally-printed mail pieces, and smiling door-knockers ready to talk about specific issues, no matter how obscure. They’ve even begun using data to create “psychological profiles” of voters to enhance the manner in which they talk about all these issues.

Nonprofits have recently started taking advantage of the vast amounts of data available to them through co-ops. Co-ops allow nonprofits to leverage giving behaviors to other organizations. No longer do nonprofits have to settle for generic list rentals, but rather they can get down to the individual donor level to select targeted individuals and adjust their messaging accordingly.

5) Unique Selling Proposition. Candidates have perfected their unique selling proposition. They often have to play to one set of constituents during the primary and another during the general election. In a primary election, they are appealing to a narrower constituency that pays more attention to debates and has much stronger opinions on various issues. Candidates must have strong appeal with this core group, displaying a record of loyalty to a particular set of issues. But during the primary campaign, candidates must be careful not to do anything that would disqualify them with more casual voters who only show up at the polls in November. Because once the primary is over, candidates delicately shift their messaging to different people.

Again, translating to the nonprofit world, “casual voters” are the people who like fine art but don’t know much about it, people who generally want clean air/animal rights/support for veterans/(insert cause here), but spend very little of their time thinking about it. Nonprofits must strike the same balance, having absolute credibility with “hard core” activists while also being accessible to the general public. Politicians need votes from the casual “masses” the same way museums need visits from people who are only mildly interested in art, and nonprofits need donations from people who don’t spend much time thinking about their cause. And just like the politicians, nonprofits need to figure out what makes them different from others and play that up to those same potential donors.

6) Targeting Millennials. The millennial generation has grown to become a significant part of the American electorate. Most millennials get their political news on smartphones through social networks. If a candidate wants to target the millennial audience they reach them with the sort of content that gets shared on social networks and is presentable via mobile devices. This content isn’t only about fundraising, it’s about engagement. This is a critical lesson for nonprofits. To reach millennials, social media can’t be a secondary thought. It must be engaging and in the forefront of the marketing mix. Political candidates don’t see millennials or anyone else under 50 as a revenue source, but they do see them as a source for votes and – more importantly – long-term loyalty. Studies show that people who register with a political party at age 18 are more likely than not to remain with that party their entire lives. Convince someone to be a nominal Democrat today, and odds are you will have a loyal, partisan Democrat 10 years from now, and a generous donor to Democrat campaigns 10 years after that. Similar branding among young people can help nonprofits as well. When people begin to donate charitably, they don’t start from scratch – they draw on what they’ve come to care about during their whole lives, and they donate to organizations with which they are familiar.

Giving is giving, and organizations seeking to raise money – no matter how different the cause – can learn big lessons from each another. What else do you think nonprofits can learn from political campaigns? 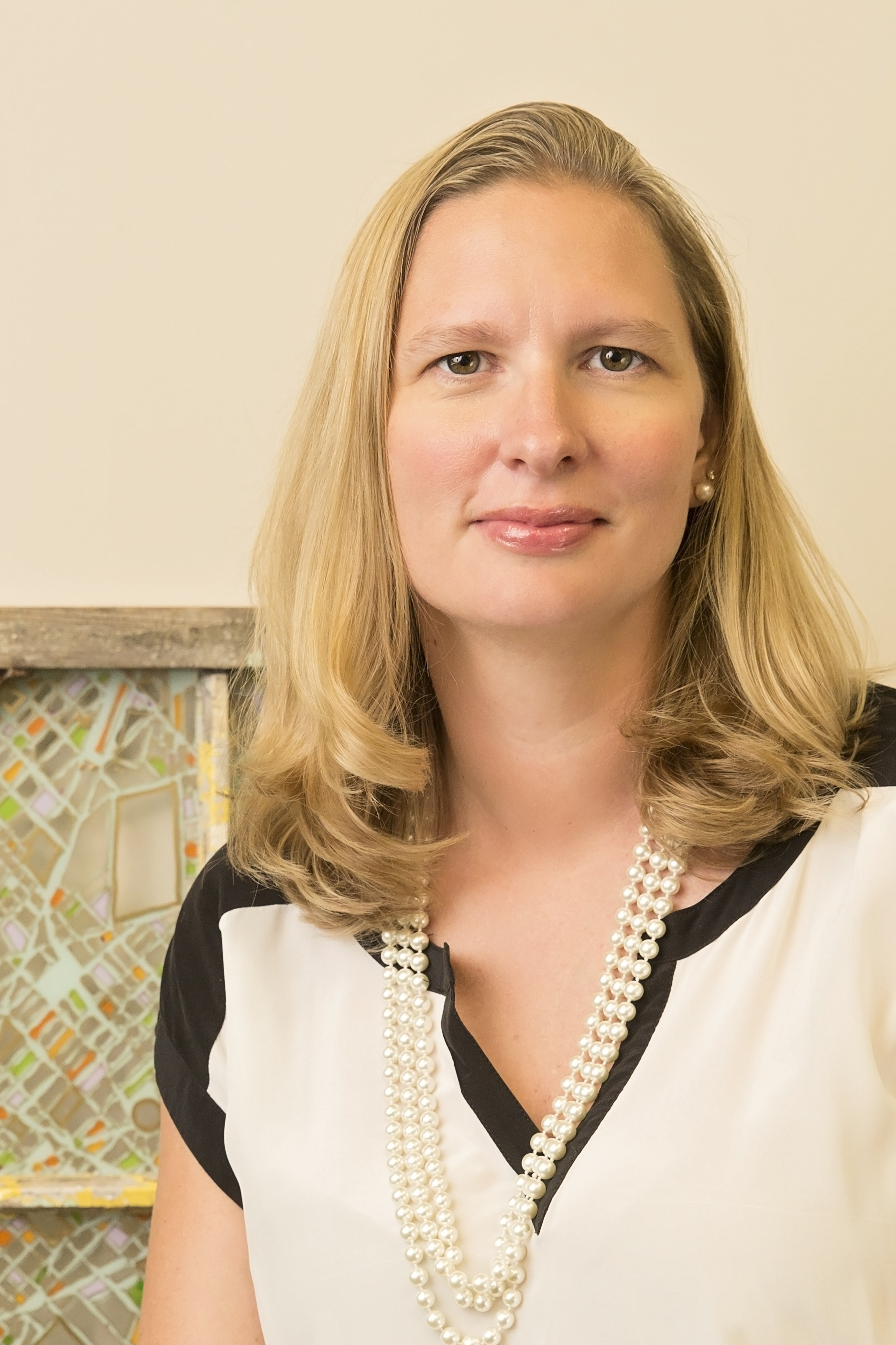 Angela Struebing is president of CDR Fundraising Group, a multichannel agency focused on helping nonprofits maximize their online, direct mail, telemarketing, and DRTV fundraising results. As president, Angela is responsible for overall agency management and strategic planning for national nonprofit clients to include Shriners’ Hospitals for Children, MoMA, and the Marine Toys for Tots Foundation. She can be reached at astruebing@cdrf.com or 301-858-1500.