It’s MAXI Season and time to start looking at the winners, which can be as simple as a postcard … or just the right combination of message and integration … or an astounding 21,500,000 email campaign with a mere 0.14% unsubscribe rate.

That’s what we learned last Thursday at DMAW’s “Case Studies from MAXI Award Winners” Lunch and Learn. In case you missed it, here’s a recap.

PETA was faced with a dilemma. How to convert the growing list of new names of people coming in from their website after taking an action on one of their many campaigns, which in December was over 80,000 new names from just one campaign?

To convert these potential donors using their control acquisition mailing—an oversized, flat rate national survey package—was simply cost prohibitive for keeping up with these donors while the names were still hot. So they came up with a single issue-based postcard which could be preprinted, and mailed weekly as a follow-up once a potential donor had taken an action.

It contains a direct and clear call to action, no fluff that might confuse the donor, a sense of urgency, and a deadline. The postcard drove donors online, and once there, the online petition drove donations.

The results prove that Keeping in Simple St*#%d really works with 5.15% of recipients taking an action, and an incredible 1.95% response rate for donations from a conversion acquisition mailing that can keep up with the Internet.

PCRM’s entry proves a winning combination of a powerful message with careful integrated marketing can bring home the gold.

This appeal was based PCRM’s efforts to get the U.S. Air Force to stop using pigs and goats in their combat trauma training exercises—which involved extremely gruesome details that needed to be related to the donor. Here Lesley mentioned the importance of keeping letters, and emails, personal, one on one style writing, person to person. The letter included a paragraph that was preceded with, “Here are the gruesome details: (If you’d rather not read them please skip to the next paragraph).

Now some of you want to know the gruesome details, don’t you?

Let’s just say 6,000 animals were being brutally killed each year, and the details would make you want to sign the petition, which was another part of the package that Lesley emphasized as a way to get the donor more personally involved in the mission of the organization. The petition was accompanied with highlighted stickers showing the donor where to sign, which bumped response rate by nearly 50% and net revenue by 60%.

In addition to the direct mail piece a coordinated email was sent out with matching imagery and concise, condensed messaging asking the recipient to sign a petition, after which, the donor was directed to a donation page. For those who did not give after signing the online petition a follow up email was sent asking for them to make a donation.

Results: More than 3,700 donors responded (9%) raising $137,000. 15% of donors responded to the email components of the campaign, with one segment of the follow up email obtaining a phenomenal 50% open rate. Best of all, the petitions helped drive results for animals too, as Congress eventually passed a bill holding the military accountable – and required them to create a plan for eliminating animal use once and for all.

Damien explains that PFAW’s three month campaign, involving 55,000 messages revolved around the 2012 elections, during which the organization established itself as a go-to source of election related news and information.

Some of the tactics he discussed were aggressive scheduling. In addition to designated appeals and renewals during the campaign, PFAW integrated campaign messaging into other donor touch points such as newsletters, action alerts, etc.

Damien also noted that PFAW’s email list had been primed to receive a lot of messages, they had tested into lists which were likely to be most responsive and stay engaged throughout the entire campaign.

To keep it fresh, PFAW utilized breaking news, election/polling developments, controversies that arose during the election, debates, and they made sure to always tie messages back to PFAW’s work to hold elected officials accountable and elect progressive candidates.

They also took advantage of a variety of senders, including celebrity board members and politicians, as well as various people involved directly in the campaign from field organizers to political directors. When asking for a donation, they clearly demonstrated how the donor’s gift will make a difference. One example Damien gave was when PFAW informed their donors that Karl Rove’s Crossroads GPS had just made a series of ad buys in Spanish speaking markets in key swing states, and PFAW was already on the air in those markets—so a donation now could help counter this threat to progressive candidates.

PFAW also used “Did you see this?” type lift notes to resend the most effective emails, or the ones they believed would have the longest reach.

Approximately 21,500,000 total emails raised nearly $640,000 accounting for more than 80% of PFAW’s online income during that 3-month period. And it was 130% higher than revenue raised during their last election campaign, with nearly a quarter of donors giving multiple gifts. Plus, amazingly, no demonstrable list fatigue. 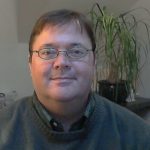 Stephen Godbout is a freelance copywriter with thirteen years direct marketing experience.  He can be reached at stephen@copybygod.com.