Last month, I attended the National Association of Charitable Gift Planners Conference in Las Vegas. This is the premier national gift planning conference, with three days packed with presentations on all aspects of planned giving. I’ve been happy to see an increasing number of panels and discussions focused on marketing – the main driver for a successful program.

Here are some takeaways:

In his presentation “Baby Boomers – A Very Special Generation or Just Typical Old People,” Russell James rightly called out the lazy thinking that marketers fall into by assuming that donors of the Boomer generation act differently than generations before them. In reality, all the evidence and data show that Boomers, as they age, act like other generations at the same age. Much of the so-called differences in how Boomers give can be chalked up to their age cohort, not their generational cohort.

One very important point that Dr. James highlighted in his other research and reiterated in this presentation: giving drops precipitously at age 75 (with the exception of giving to religious institutions from donors who remain active attendees). The youngest Boomers are only 3 years out from this milestone. Yet, we know that donors update/revise/create their last will or other posthumous giving vehicles about 5 years prior to death. On average, legacy donors die at age 85-88.

Complicating this is that the majority of donors will not tell an organization that they have included them in their plans. A lapsed donor who has informed the organization of their legacy gift will hopefully continue to be stewarded by the planned giving staff even if outright giving lapses. But if we don’t know about the gift, they make their final plans some years later and remove the organization in favor of another that stayed in contact.

Lesson 1 – If you have longtime loyal donors who lapse past age 75, find ways to stay in touch with them—even if they never reinstate their annual giving.

You need a loyal donor program

It’s not just your long-loyal lapsed donors you need to worry about. We know that years of giving has a strong correlation with legacy giving and it’s imperative for the planned giving and annual giving teams to work together on shared goals. In addition to emphasizing the need for a legacy marketing plan that looks at both strategy and tactics, integrated into your organization’s overall marketing plan, fundraising legend Kathryn Miree warned us of the danger of ignoring our current loyal donors by treating them like anonymous ATMs.

In our planned giving marketing, we emphasize personalization. Our legacy surveys uncover a wealth of information about our donors’ interests, needs, history, stories. Yet, the appeals and other marketing these donors receive on the annual giving side doesn’t incorporate this information, nor are they included in the kind of robust stewardship given to major donors. When these are ten-year, fifteen-year, or twenty-year donors, and the organization has no loyal donor recognition stewardship, these donors rightly believe they are being taken for granted – and will send their planned gifts to organizations that appreciate them.

Lesson 2: The marketing and planned giving teams must work together so the donor is recognized and feels appreciated.

A recent article in the Chronicle of Philanthropy gave us a tantalizing glimpse of a cross-department loyal donor collaboration by the Nature Conservancy that in its pilot phase, increased legacy gift commitments significantly within one year by focusing on stewarding long-loyal donors. We’ll be following this program closely!

The phone is your friend.

Finally, our planned giving colleagues are starting to embrace the evidence-based direct marketing principles well-known by our annual giving friends, and colleagues like Dr. James are providing hard data with actionable steps. We are taking advantage of multi-channel marketing to reach more people and can now generate more leads than ever with a strategic legacy marketing program. But planned gifts are ultimately built on relationships, and our marketing is often only as good as our follow up.

Legacy surveys are a key part of many organizations’ marketing plans. Donors provide deeply personal information (the type that can’t be appended!) and stories. But how are fundraisers reaching out? Why aren’t gift officers taking advantage of what these surveys have to offer? Follow up on their story: “Hi, I wanted to thank you for sharing your story of (“x” involvement with the charity). It meant a lot to us to hear what a wonderful experience it was. I’d love to know more.”  This approach – rather than following up on their potential intended planned gift – is more likely to start a conversation that may ultimately lead to a discussion about their longer-term needs and plans.

Lesson 3: Follow up on the story, not the potential gift. 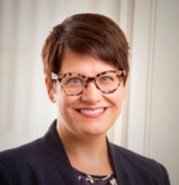 Tracy Malloy-Curtis, JD, is the Legacy Giving Director at Mal Warwick Donordigital. She can be reached at (202) 250-2052 or tcurtis@mwdagency.com.