If your first reaction to the title above is, “I don’t get it, is that a joke?”, then you likely were not among fortunate, dedicated marketers, who braved the region’s first snow dusting of the season to attend this month’s DMAW Lunch and Learn, “Digital First: Why Translating DM Content Just Won’t Cut It!”

While the title above is not the set-up of a joke, it does set-up a concept that everyone who attended left understanding. That is, while these two audiences may share much in common, each is unique, and thus, each needs to be served differently.

Sara began the event by recounting how PIH originally set out doing its email marketing the wrong way, whereby they simply took their most effective DM letters and used the same copy on their emails.  She said the thinking was “if copy worked well in mail, why not use it in email?”

Sarah gave an example of an email PIH sent early on to over 106,000 records in which they only received 18 gifts for around $1,000. Her team then went back to the drawing board to craft a totally new message that was optimized for online. In their initial send to a test segment that was one-third the size of their initial email audience, they generated 5X their original results.

From this story, Sarah, Kaitlin and Orwin transitioned into the meat of their presentation…the “eight ways to think digital first.”

Whether it’s a tweet from the President or a natural disaster, there’s nothing faster than digital to let your organization respond to breaking news.

To illustrate, Sarah explained how PIH was able to use the speed of email to send an emergency appeal that raised over $90,000 just over 12 hours after damaging floods and mudslides hit Peru.

Orwin shared a similar story, where IRC was able to send an e-appeal less than 4 hours after a stabbing attack on a refugee family in Idaho.  The email raised $250,000 for the victims of the attack.

Step 2: Don’t be afraid to pivot

The low cost and flexibility of digital makes it easy to apply learnings and make tweaks in real time, with little cost lost when you want to throw things out that aren’t working.

Sara noted how last year, email donations on Giving Tuesday were way under-goal. At the final hour…literally 11pm…they shifted gears and sent a “Final Notice” email that activated donors who had not yet responded and generated over $100,000 in last minute gifts.

Unlike the time and expense required to conduct tests via mail, digital allows marketers to cost effectively test and receive feedback on multiple strategies (subject and from lines, body copy, graphics, ask strings) with virtually no downtime in waiting for results.

Orwin noted how in just half a day, he can test seven different messages in online ads and roll out what’s working best by day’s end to the full audience.

Sarah noted how PIH conducts an annual “Hunger Games,” where each giving Tuesday they challenge three copywriters to craft three different messages that are each sent first thing Tuesday morning. Within two hours, they’re able to determine a winner that is sent to the full universe.   Last year’s winner had a +74% donation rate over the other two!

Step 4: Get Graphic and Animated

There are many techniques you can try online or in email that are simply not cost effective to do in mail.

At IRC, they were able to test a long timeline email that contained lots of 4-color photos and animation. It raised $200,000+ in July, typically low giving season for them.

At PIH, they’ve had success with a cultivation email that uses images, video and animation throughout. As this email was purely cultivation, with no fundraising, there is no way it would have been feasible to test via mail.

Digital lets you try things you may not be willing to take a risk on in mail.  That’s because you can fail in digital with only minimal cost.

Sarah noted how at PIH, there was concern over how much they could bring politics into their messaging. They dipped their toe in the water using an email test where one message invoked President Trump and the second message was general in nature and did not invoke Trump’s name. Their test showed the more political message generated a 153% higher response rate.

Digital is also ideal for sending multi-step engagement messages prior to making an initial $$ ask, what Sarah referred to as “sneak fundraising.”

At PIH, Sarah said one example that’s been effective is to start with an “International Women’s Day Quiz”.   After contacts complete the quiz, they are then sent to a page asking them to sign up for email, from there, contacts are finally taken to a donate page.   This effort has helped PIH raise $57,000, and 44 new monthly donors.

Yet another great advantage digital affords is the ability to readily tailor your messaging to best appeal to different audience segments.

At IRC, they’ve tested targeting messages by political affiliation and/or state. For example, they’ve found that while messages that invoke Trump generally outperform those sans Trump, they can often improve results even further by omitting Trump references in messages sent to red states, customization that would be much more costly to execute in mail

Step 8: Make it simple for users to take action

Closing out the series of “eight ways to think digital first,” was the tip to use the advantages of digital to make it super simple for donors to take action.

At PIH, Sarah said they use a strategy developed by the Obama campaign, in which donors who have previously registered are given the ability for one-click giving, where there’s no need to fill out any contact fields or credit card number.   It works especially well when a topic is in the news and there’s a sense of urgency.

At IRC, Orwin said there’s been a continual push to make it easier to give via mobile. This starts by designing all pages and emails with a “mobile first” mindset. This focus makes it easy for donors to respond and give immediately when they first get IRC messages, wherever they are, even if it’s when they’re standing in line at the grocery store.

One final note of interest from the lunch and learn came from the Q&A, where the presenters were asked if they have done any tests with regard to optimal email volume, specifically, reduction of email volume.

Sarah said that at PIH, there’s always a concern that they’re emailing too much, but they’ve found that the results keep coming in and they only see more $$ the more they send, without any adverse effects.

Orwin said that at a previous job they did a specific test of volume with their end of year volume campaigns. One group held back from a higher volume of year-end emails while the other received the regular volume. He said the group that received high volume had significantly higher $$ and engagement, and that the unsubscribe rate was the same as the group that had the lower volume. 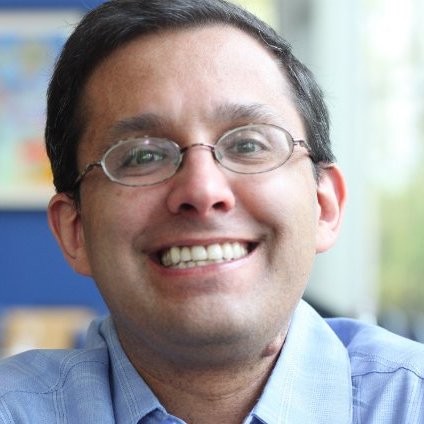 Mark Gould is the Director of Direct Marketing at AIPAC. He can be reached at MGould@aipac.org.