When I talk to younger fundraisers, they often say: “Why would I use the phone? I never answer it.”  Not surprising –  they’re just like our sons, who are now 29 and 31 years old.

But herein lies the problem. What you as a (young) person may think to be true may not actually be the case for your donors! And those are the people who should be at the absolute center of all your thinking and doing. Especially now with retention rates being lower than ever before.

So, I’m here to tell you that it’s vital to incorporate the phone into your fundraising strategy!

And it’s not just me saying it. Enter a recent webinar, organized by DMAW, with Lisa Drane of Donor Services Group and Chrissy Hyre of Chapman Cubine + Hussey.  The presentation was called: Reach donors where they are. Their phones!

I grew up with a so-called rotary phone! No push buttons. You had to turn the dial to indicate the number, one by one. Talk about having to be patient. (If you don’t know what it looks like or how to use one, just Google “how to use a rotary phone” and you’ll find some great videos. It’s fun to watch).

Next came the phone with push buttons and you were able to reach someone a lot faster. Then came the Blackberries and ‘texting’ was introduced. Finally, we’re in the 21st century and things have evolved with the iPhone and androids.

Over these many years, one very important thing has NOT changed. The phone is used to communicate with others. The phone is the closest to being in the same room with that person! It’s the best way to clarify something that not even 100 emails could.

Donors are human beings and human beings like “talking” to people. Just think what a wonderful opportunity the phone gives you as a fundraiser to connect with your donor. To express your gratitude and say thank you! To ask questions to find out why they donate. To set up a meeting. To ask for another gift.

So, let’s look at a few ways you can use the phone in your fundraising. And once you get your feet wet with some of these, I’m sure you’ll come up with many other ways to integrate the phone.

Lately, I see a huge uptick in stewardship plan updates and the phone plays a major role.

Is your organization struggling with donor retention? How about trying to call your donors to say thank you, no matter which amount the donor gave? If you talk to your donors, you’ll stand out from the crowd! You’ll be remembered. And the donor will remember when the next appeal comes in the mail or when you send an email next.

Remember what I mentioned earlier. The phone is the closest to being in a room with a donor. Many donors don’t want visits. Many organizations simply don’t have the man or woman power to send out a major gift officer to meet or even call those donors who gave at $250, $500 or perhaps even $1,000 level. You can only do so much with the resources you have.

You don’t have to reinvent the wheel. Sometimes you simply can’t do it all in-house. The goal is that you’d like to reach many more donors while making them feel special!

The phone, especially in the hands or on the ears of trained tele-fundraisers (real live people, by the way!), allows you to reach more donors with a personal connection, at a lower cost. Just think of these tele-fundraisers as an extension of your organization. You can even ask them to write personal notes to follow up after a call and even send emails. All aimed at thanking the donor for their recent gift and cultivating the gift to higher levels.

By talking to the donor, you’ll find out why they give, when they’re ready to make a next gift, even which level and perhaps even more. If the webinar examples are any indication, you can expect to increase the value of your high dollar groups by 30% or more and you can identify five, six, seven and eight figure upgrades, not to mention find those who left you in their will.

Donors feel more involved, genuinely appreciated and more connected to the organization and its mission.

The more engaged you are as an organization working with the tele fundraisers, the better off you are. Just remember, if they’re well trained, the callers almost sound and act as if they’re sitting inside your building!

Remember that engaged donor?  Well, you can absolutely go to donors who have given less than $100 and ask them to consider a monthly gift. The phone offers the greatest way to explain how it works and how easy it now is. And if you have other warm prospects who have not given yet, consider converting them to give monthly right away.

Just one important thing to remember is this: it’s harder to reach as many people as you’d like because you cannot call using cell phones using predictive dialers, typically used by the larger agencies so they can reach the volume they need.

You can however manually call cell phones, so you may wish to look for some telefundraising agencies that offer that service.

If you’re asking donors who give online for their phone number, make sure you’ll know if it’s a cell phone or home number. You can only use what you have of course but knowing that you can reach someone’s cell is great because now you can use the phone for something other than calling. It’s called texting!

There are a few different ways of using texting but let me focus on the one you’re most likely to use for fundraising and which does not require donor opt-in:  1-to-1 texting.  This is truly the most personal way. Messages come from a regular phone number and the texts come from an actual person, so they’re even more likely to get opened.  Texts open the doors to phone calls!

And the proof is in the pudding: You’ll be able to have conversations with 33% of the people you text. Active donors give 15% more after receiving a text message. A text improves lapsed donor response rate by 36% and you can hugely increase event attendance and participation.

To use texting to your best advantage as part of your fundraising campaigns:

Remember, throughout it all, it’s important the donor realizes that there’s a real person at the other end. A person who’s simply looking to connect using the phone. The goal is still to have a conversation which will lead to more money.  What a great way to use an ‘old medium’ the new way! 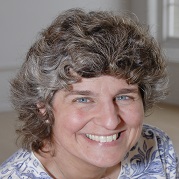