The biggest challenge to anyone’s effort to get elected is similar to that faced by everyone seeking a job:  Somebody else wants the same job.  In this event, the best laid campaign plans often help, but in the end, things frequently become much messier than initially expected (see: Election 2016 Presidential Polls).  What happens if a way comes along to turn this paradigm on its ear, and actually recruit directly from among the grassroots, everyday working and voting supporters of one’s competition?

Heresy you say!  Probably illegal, definitely insane!  Well, not really.  The fact is that the intersection of data and technology, brought to us under the banner of “big data” has actually offered the ability to do this for some time, and quite within the bounds of statutory guidelines and good taste.  The combination of data driven audience targeting, digital behavioral “listening”, and good ol’ fashioned retargeting offers the capability to do all of the above, and for a surprisingly low price tag (compared with the millions spent on traditional media).

Rumors are swirling about Bush dropping out of the race!  Walker exits!  Carson’s connecting in Iowa!  The headlines are interesting (more or less), but what’s really interesting is that in reality, by using the “big data” power commonly called “paying attention,” other candidates (or parties, BTW) can easily cut to the front of the line for newly uncommitted potential supporters.  The strategy involves monitoring real-time digital responses to carefully selected names, categories, words, and phrases that offer the ability to launch trigger-based marketing, targeted to specific incoming data elements – or, more clearly, issues these voters care about. 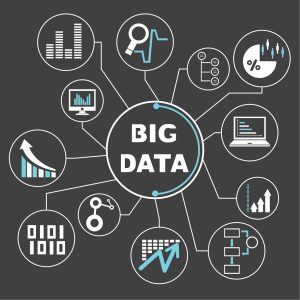 At the core of this concept is the marriage of offline with online technology.  In times past, this was never to be attempted at home, and only using proper safety gear, lest the daredevil should be severely injured.  To remove the scary elements, let’s dissect the parts – consumer online behavior, multi-channel contact data, response analytics, and that “paying attention” part.  The basic workflow involves using current consumer online behavioral technology, putting it together with offline/social/mobile/etc. contact information, monitoring and adjusting to real-time responses, and finally, designing a content-focused messaging strategy that engages supporters with our candidate, our “brand.”  Including analytics to adjust for performance and feedback, this can evolve into a near continuous loop of message/monitor/adjust and tailor the perfect messaging to an individual’s interests, concerns, tastes and preferences.

Much of it can be boiled down to a single word – “Listening” (the irony of politicians “listening” isn’t lost here).  The consumer online behaviors identified above can even extend as far as candidates they like or don’t, issues they’re passionate about, and much more.  Listening technology and associated retargeting have been around ever since the cookie – no, not the delicious sandwich cookie of “hecho en Mexico” fame, the HTTP kind beginning with faster page loads, and eventually allowing advertisers to reach users who have landed on particular pages or similar actions, and hopefully with some level of informed consent (see: Cookie Consent).  Today a variety of digital analytics are driven by cookies, and the success of many programs involves this form of advertising targeting.  By adding the right measures of attitudinal data, email and multi-channel digital messaging, and offline technology to mix it all together, this humble cookie can form an entirely new and amazing recipe.

Let’s jump back to getting that job – Everybody knows the interview is where jobs are won.  We spend tons of time preparing, readying for questions, dressing right, (see: How to Prepare for a Job Interview), just like we’re supposed to.  What if we could show up already knowing the interviewer has their own ideas for the position, favorite teams, and really enjoys talking cars?  Sounds fun you say, but what if the competition’s dialed into this data driven voodoo too?  Ok, well then through our retargeting capabilities, we can also reserve the right to pop back into the room during their interview and reinforce our brand, connection with the boss, and politely remind everyone how we’re better qualified for reasons X, Y and Z.  Now that’s a memorable interview, and a chance to put our message, our candidate for the job, well ahead of the competition.

Wild ideas made real.  We’re seeing it happen on such a regular basis these days it’s hard not to be overwhelmed sometimes, but partners who can demystify and make them practical in the real world are out there.  In addition, the fact should not go unsaid that campaigns have tried many new ideas over the years, with varying degrees of success and failure.  Thus it is to be noted that, like most all tools, this technology works best as part of a whole toolbox, to be sure the job gets done and done right.  With that said, the addition of a power tool to your kit sure can make the work faster and more fun. 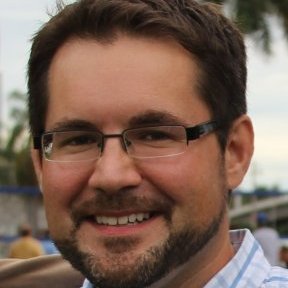 Josh McGrail is the VP at Accudata Integrated Marketing. He can be reached at josh.mcgrail@accudata.com or at (239) 425-4388.